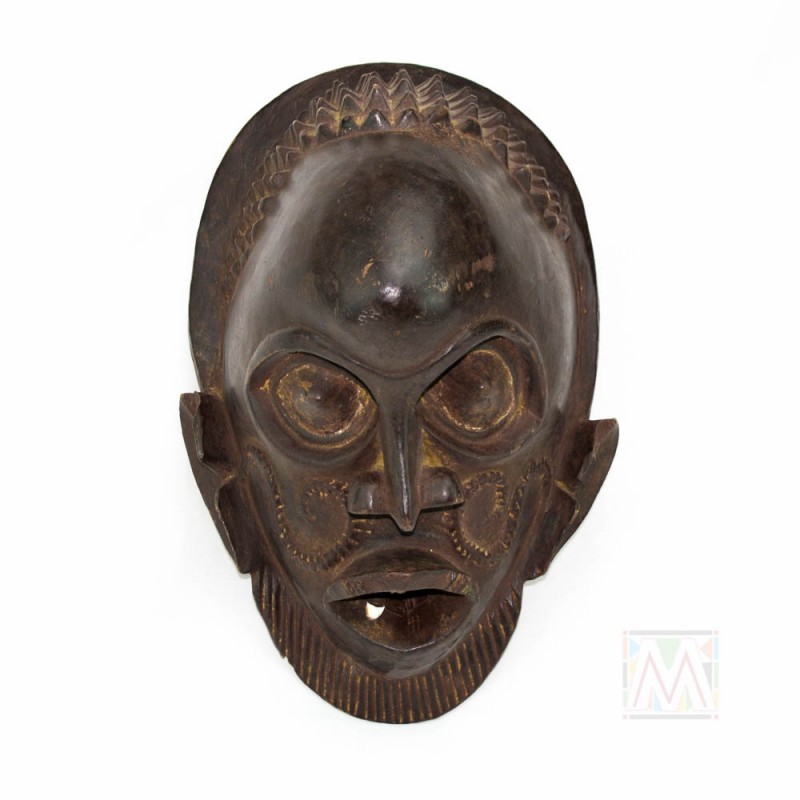 The Grasslands is a large cultural area located in central Cameroon inhabited by a number of related peoples including the Bamum, the Bamileke and the Bamenda Tikar. This African tribal mask is from the Bamileke. In the Bamileke (Mbalekeo, Mileke) territories, the fon (king) entrusted the guardianship of the sculptures to certain members, for to spread around portions of the treasury was an insurance against the frequent fires. African masks that elicit fear and apprehension are the work of societies reponsible for repression. In spite of the ethnic and stylistic variations found in the Grassland area, similar types of tribal masks have been produced. All young boys belong to associations based on age classes, covering periods of five years each, focusing on military and technical apprenticeship. The various societies also had their tribal masks; some of them, according to tradition, had been created and consecrated by the ancestors themselves, others inspired great fear, there were masks decoreated with beads, copper, and cowrie shells. Most of the kingdoms used the buffalo, stag, elephant, birds masks, and masks presenting male and female human heads. They are usually worn during state ceremonies such as the funeral of an important dignitary, or during annual festivities.

Condition: This African mask is in good condition but does show some signs of use. The mask originally had three teeth but only one remains. We have included a lot of photos to show the condition of this tribal mask.

Add this unique piece to your African mask collectibles!

Be the first to write your review !

15 other items in the same category: 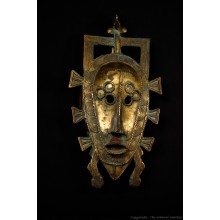 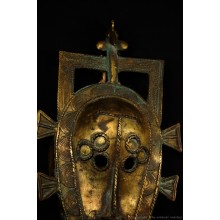 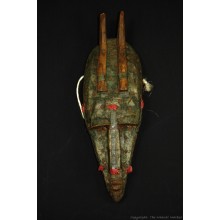 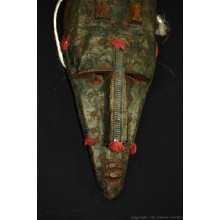 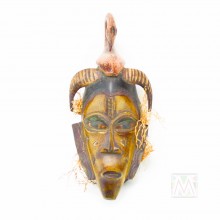 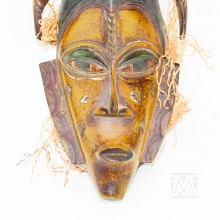 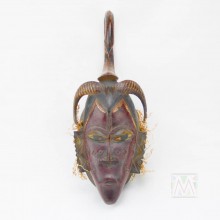 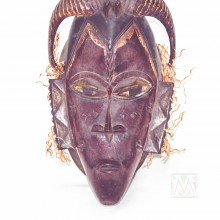 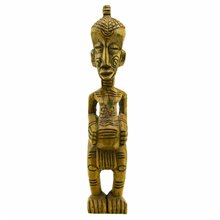 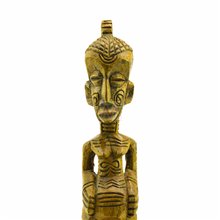 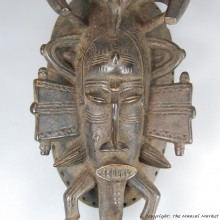 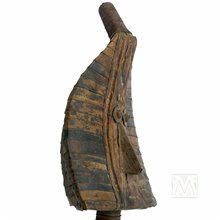 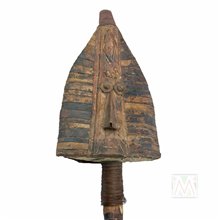 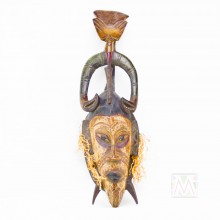 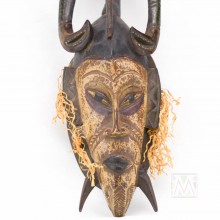 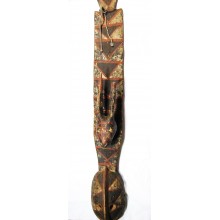 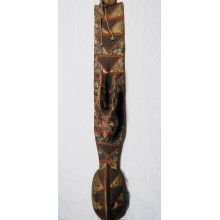 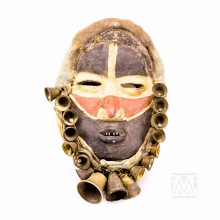 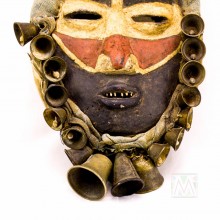 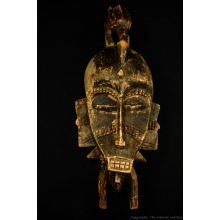 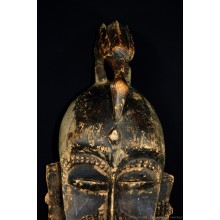 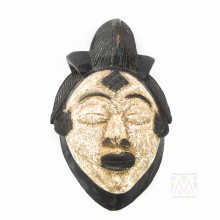 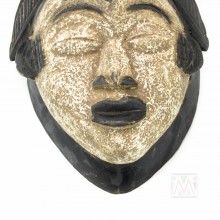 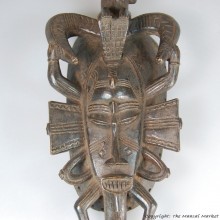 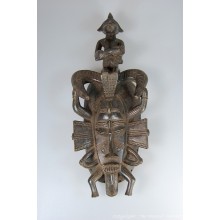 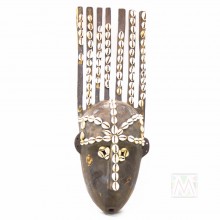 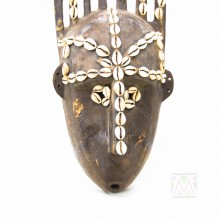 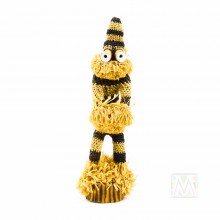 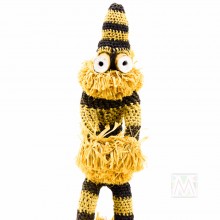