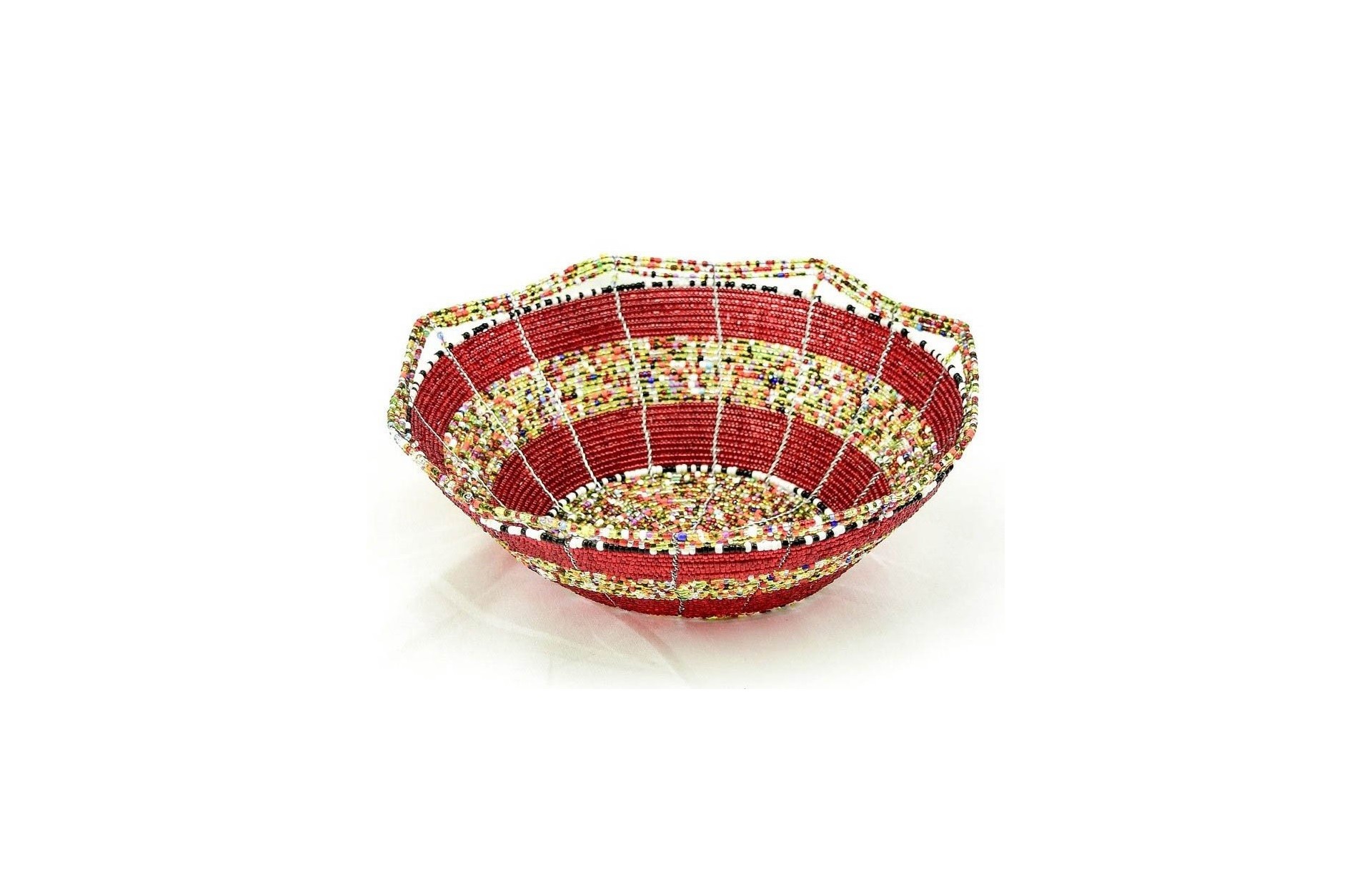 Among the 42 tribes in Kenya, the Maasai is probably the most well-known Kenyan tribe around the world. They are recognized for their zeal for cultural and traditional ways of life. This ethnic tribe located in Southern Kenya and Northern Tanzania comprises of Nilotic semi-nomadic people with passion for their ancient traditions. For many years, the Maasai have resisted the forces of modern civilization with undivided preference for their pastoral and traditional way of life.

Among the various economic activities adopted by the Maasai people, besides cattle keeping, are beadwork, leatherwork, basketry, body ornaments and painting. Baskets were used by nearly all of the communities in Kenya by the 19th century as containers for solids, liquids, and by extension, for serving food or making granaries and fish traps. The early Maasai baskets were made from creepers, reeds or palm fronds. However, the introduction of beads in various colors and designs led to new basket-weaving techniques.

To the Maasai and other Kenyan communities at large, basket-making was a passing-time activity and it was only in recent years that basketry became an economic activity. Today, selling of carvings, baskets, beadwork and leatherwork has been one of the Maasai’s top income boosting activities. Most of the Maasai women learn the basket-making trade through watching other women in the village. It is a trade that has been passed down through many generations, from older women to small girls.

How Maasai Baskets Are Made and Used

Each of the Maasai bead baskets is a product of artistic and craft mastery.  The bead workers spend a considerable amount of time, concentration and patience while producing a single beadwork item. The baskets are made by stringing tiny colored glass beads on a wire to form colorful patterns in the most meticulous fashion. Most of the beaded baskets and containers are a product of the weaver’s own creation and ideas. Occasionally, the weaver may create a basket by reproducing a pre-ordered pattern or sketch from a customer.

The Maasai bead baskets have been used in Maasai’s traditional ceremonies for years. During a wedding ceremony the Maasai bride is presented with beaded bowls by her mother as a symbol of wifehood, family and care for her husband. The Maasai also use the small lidded containers to signify the status of a newly married woman. Among many communities in Kenya, beaded baskets are used as containers for other items such as jewelry or trinkets. Many of the Maasai bead workers have formed women’s cooperatives with diverse goals such as to ensure a constant market for their commodities.

Today, the Maasai hand-woven baskets and tribal beadwork can be used as gifts in modern weddings or as tokens of appreciation for special occasions. You will also find hand-beaded Maasai baskets and other tribal objects, such as shields and spears, contributing to unique African home décor in many homes, offices, hotels or other gathering places. The styles, techniques and patterns used in basket-making may vary from one ethnic group to another, but basketry has been an African artistic and premier activity for many years. Whatever the sentiment or purpose, these handmade African Maasai Bead Baskets are beautiful, functional and sure to be received with delight.